QL+ mechanical engineering students from Cal Poly were asked to design and build a Recumbent Bike Transfer Device.  The QL+ Challenger is Captain Danny Knutson, a retired Naval aviator who suffered a hit-and-run cycling accident in 2008, leaving him an incomplete quadriplegic with limited use of his arms and an impaired sense of balance.  Danny enjoys riding his recumbent trike for fun and for exercise, however, it is difficult and strenuous for his wife to lift and lower him into his trike. 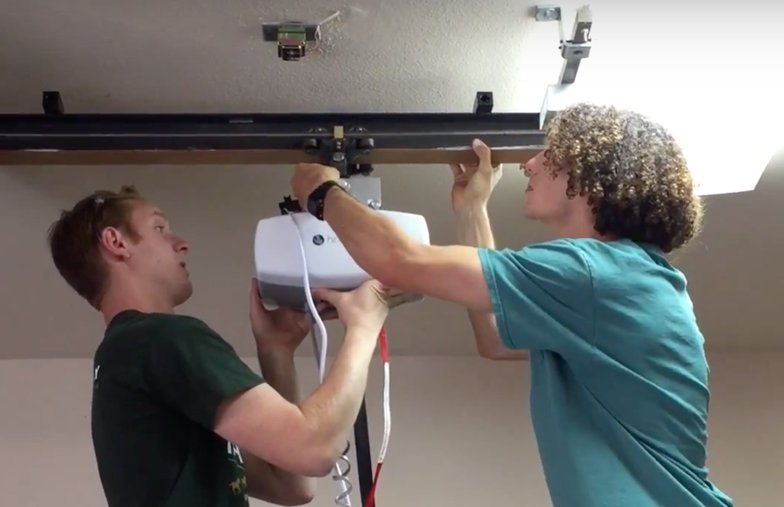 The team's goal was to build a ceiling-mounted device to allow Danny to enter and exit his recumbent tricycle without any discomfort for him or his caregiver.  After completing multiple interviews with Danny; doing background research; defining the scope of the project; creating a full list of specifications; brainstorming; selecting initial concepts; completing engineering, risk and cost analyses; and prototyping, the team was able to confidently select and proceed with their final design.

The final product is a remote-controlled sling powered by a combination of a medical hoist and a motorized lead screw powering a trolley on an I-beam.  They purchased all necessary components, designed the parts that the team then manufactured using the on-campus machine shops, and drew up a plan to modify ordered parts for assembly.  After all of the parts were received and manufacturing was complete, they enacted a testing plan on the assembled device. With the device finalized, the team traveled to Danny’s home in Sacramento to install the device and complete their final testing. 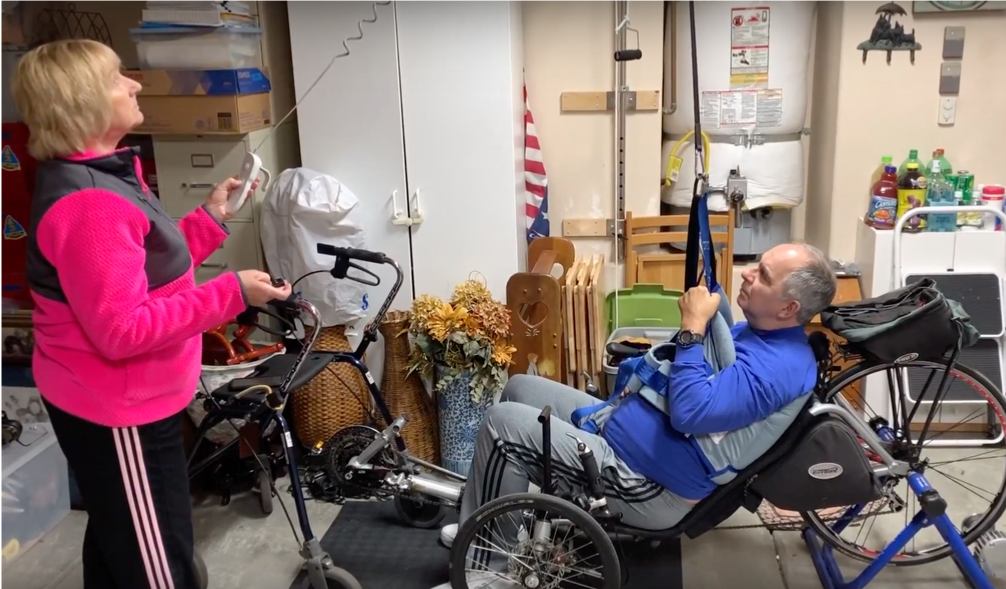 After installation and testing of the device with Danny, 11 of the 12 specifications for the product were within their target values.  Although they had initially hoped that the device could be controlled by Danny himself, the amount of dexterity needed to operate the device proved to be more difficult for him than we expected, meaning someone else would have to operate it for him.  Danny assured us, however, that he always needs another person nearby whenever he goes cycling, so collectively Danny and the team agreed that not meeting that goal was acceptable.  Both Danny and his wife were very grateful and pleased with the device, and they look forward to putting it to use.