This Cal Poly QL+ Team was challenged to design a device to allow a visually impaired person to run efficiently and effectively on a treadmill without fear of falling off or injuring themselves. The device must be small, lightweight, and have a smooth, autonomous setup while providing feedback to the user wirelessly for them to correct their movement. The ultimate goal of the device is to allow the user to be comfortable, safe, and free while using it to ensure they have the best running experience.

The device is designed for QL+ Challenger and Air Force Larry Gunter.  While Larry was serving the Air Force, he was diagnosed with Retina Pigmentosa, a genetic disease that causes the degeneration of the retina, which ultimately causes blindness.  Despite his blindness, Larry is very active.  He runs, cycles, swims, and rows.  He recently hiked part of the Appalachian Trail. 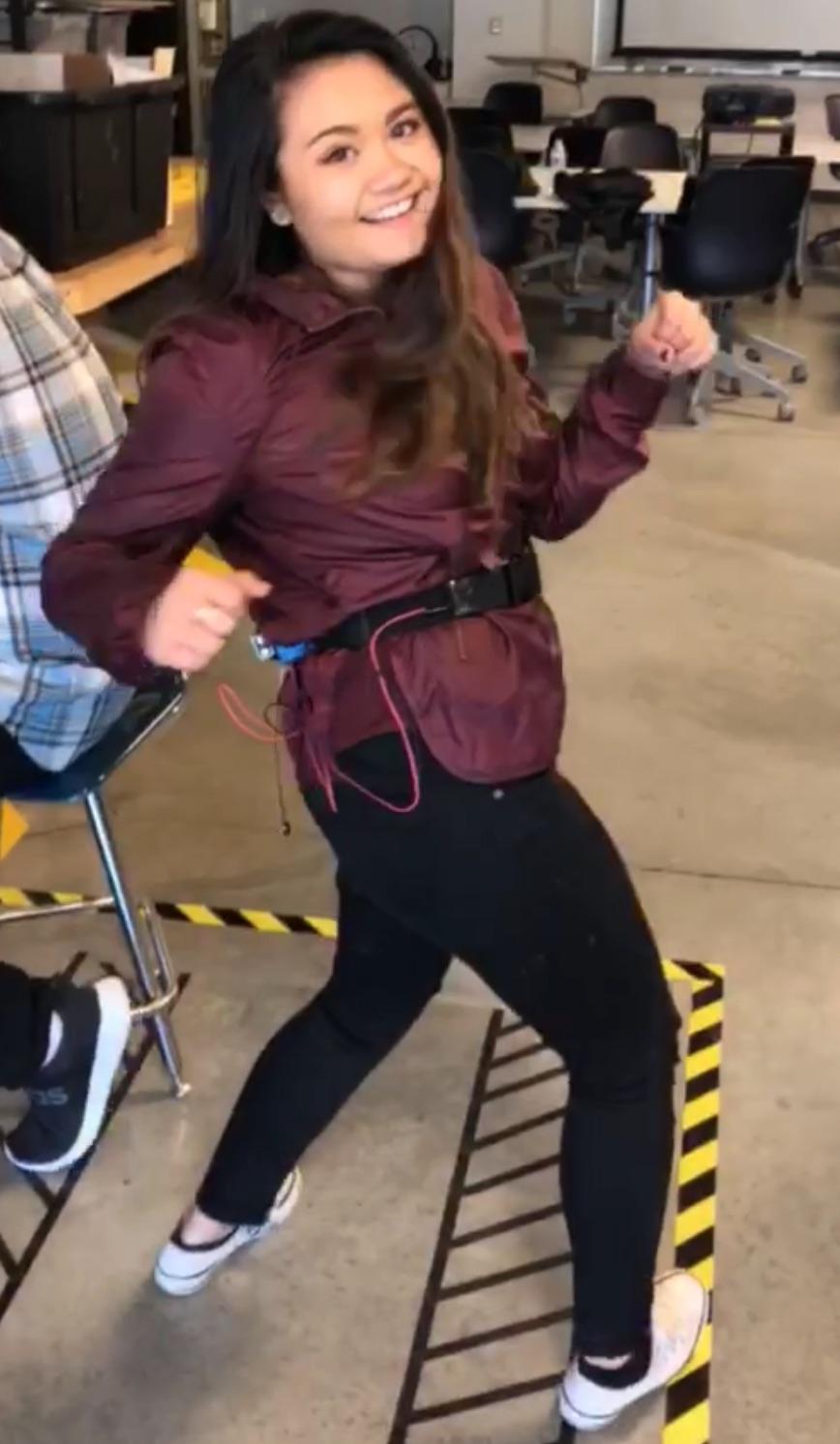 The device the team designed utilizes ultrasonic sensors in housings to detect distances of objects using sound wave pulses. These sensors send signals out and recognize the amount of time it takes for the signal to return to the same place, considering that time and converting it into a distance. These distances are sent directly into a microcontroller, where the microcontroller collects and analyzes the data. While analyzing the data, the microcontroller looks for data points that are within the boundaries set as not safe zones. These data points are then assigned a value and are sent over to a wireless transmitter to communicate with its sister receiver. The receiver detects a signal sent from the relative transmitter and transmits the signal to another microcontroller to be processed. This process takes the value sent from the transmitter and assigns that value to a pin to activate a voltage. This pin contains a small eccentric weighted motor that vibrates when a voltage is applied. This vibration is then interpreted by the user to move in the opposite direction of the vibration, correcting their location.

This device utilizes two housings, one along the length axis of the treadmill belt and one along the width axis of the treadmill belt. These boxes interpret backward distance from the front edge of the belt and the left and right distances from the inside face of the right treadmill arm, respectively. These housings each contain a microcontroller and transmitter that communicate with the receiver. The receiver is held with a belt that the user wears and collects signals from both housings. The microcontroller interprets these signals and applies a voltage to the respective motor. These motors are located on the left, right, and back of the belt and are there to correct the user to the right, left, and forwards respectively. This feedback system ultimately serves the purpose for solving the user's problem and is an effective way of helping them get back to running confidently and safely again.

We are grateful for this team's hard work and dedication to improving Challenger Larry Gunter's quality of life!