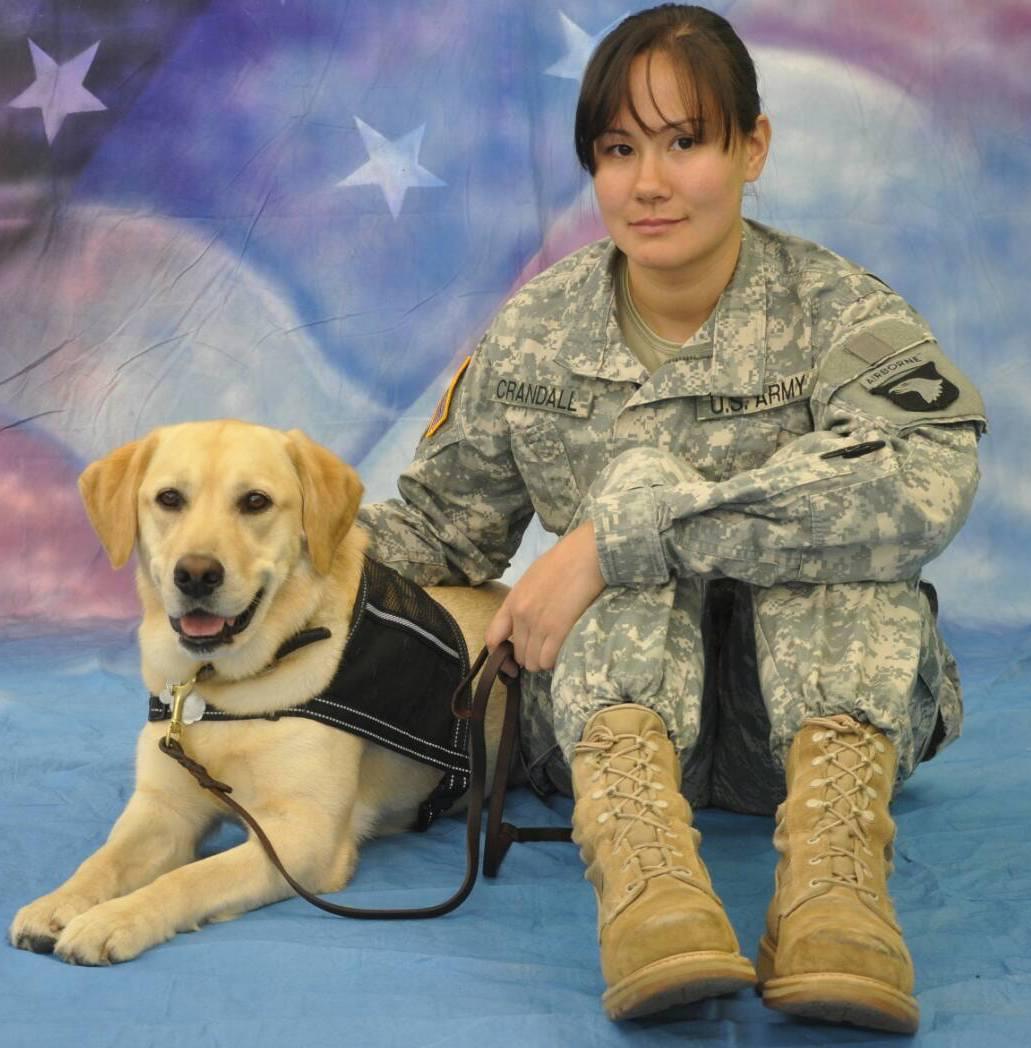 QL+ Challenge:  Butt Brake, University of Cincinnati.  The QL+ Team is building a hydraulic disc braking system that will be mounted on the back of Ashley's bicycle saddle.  To engage the brake, she has to scoot back on the saddle.  Ashley has limited grip strength.  With this device,  she can ride her bike safely and comfortably.  The team is working with Scott Moro from the Adaptive Cycling Foundation on this project.

Branch of Service:  Army, then the Army National Guard

What was your job in the military?  I was originally an aircraft mechanic on the OH-58D Kiowa Warrior (scout helicopter) and then transferred over to the UH-60 Blackhawk.

What made you decide to join the United States Armed Forces?  My family has always been a military family, but what really sealed the deal for me was an incident when I was in Junior High School.  One of my friends was goofing off, went through a plate glass window, and partially severed his arm.  I was deeply impressed watching a school employee apply a tourniquet and treat for shock.  The school employee was so calm and collected throughout the entire incident.  Later, he said he learned how to do that when he was in the Army.  He was the kind of person that I wanted to be, so I made up my mind and signed up for JROTC that week.

How were you injured?  I was originally medevac'd from Kuwait in 2008 due to undiagnosed PTSD and TBI.  The PTSD is related to combat (three tours) and sexual assault.  The TBI is a result of multiple head injuries throughout my career (to include falling off a helicopter head-first).  Since then, I've been diagnosed with a wide variety of other illnesses/injuries, to include autoimmune disease, narcolepsy, and long, liver, and stomach disorders. 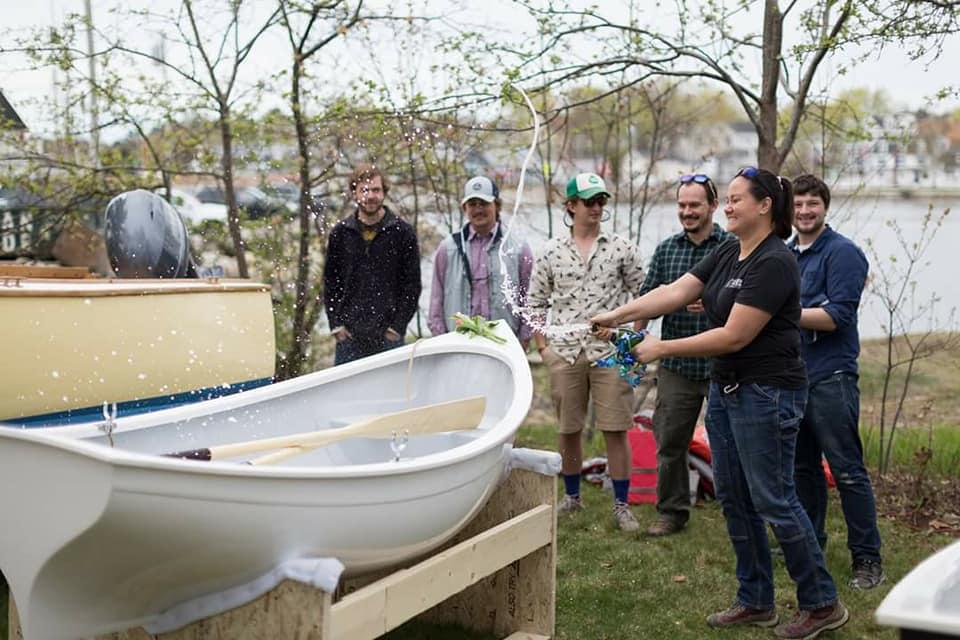 After your injuries, what was the most significant hurdle you've overcome?  I'm in the process of overcoming them, actually.  After I was medically retired, it was determined that I am 100% disabled.  I was told not to expect to graduate from college or hold down a job.  After multiple attempts at volunteering with non-profits and failing out of three different colleges, I'm currently on track to graduate with an Associates Degree in Marine Technology.

What do you do for fun?  Even with my TBI, I'm still an avid reader.  I love learning about new things, and I thoroughly enjoy working with my hands.  I've recently discovered carving, and dream of creating full-sized ship figureheads someday.  I love to cycle (obviously) and have attended over 30 different week-long bike rides.  I also enjoy whitewater kayaking, traveling, and natural disaster response.

What motivates you?  Some of my conditions are progressive and possibly life-threatening, so I don't know how long I'll be able to do the things that I love.  That being said, I'm surrounded by people who don't allow their physical limitations get in the way of the life they desire.  The combination of these two things encourage me to create my own opportunities and jump into new experiences head-first. 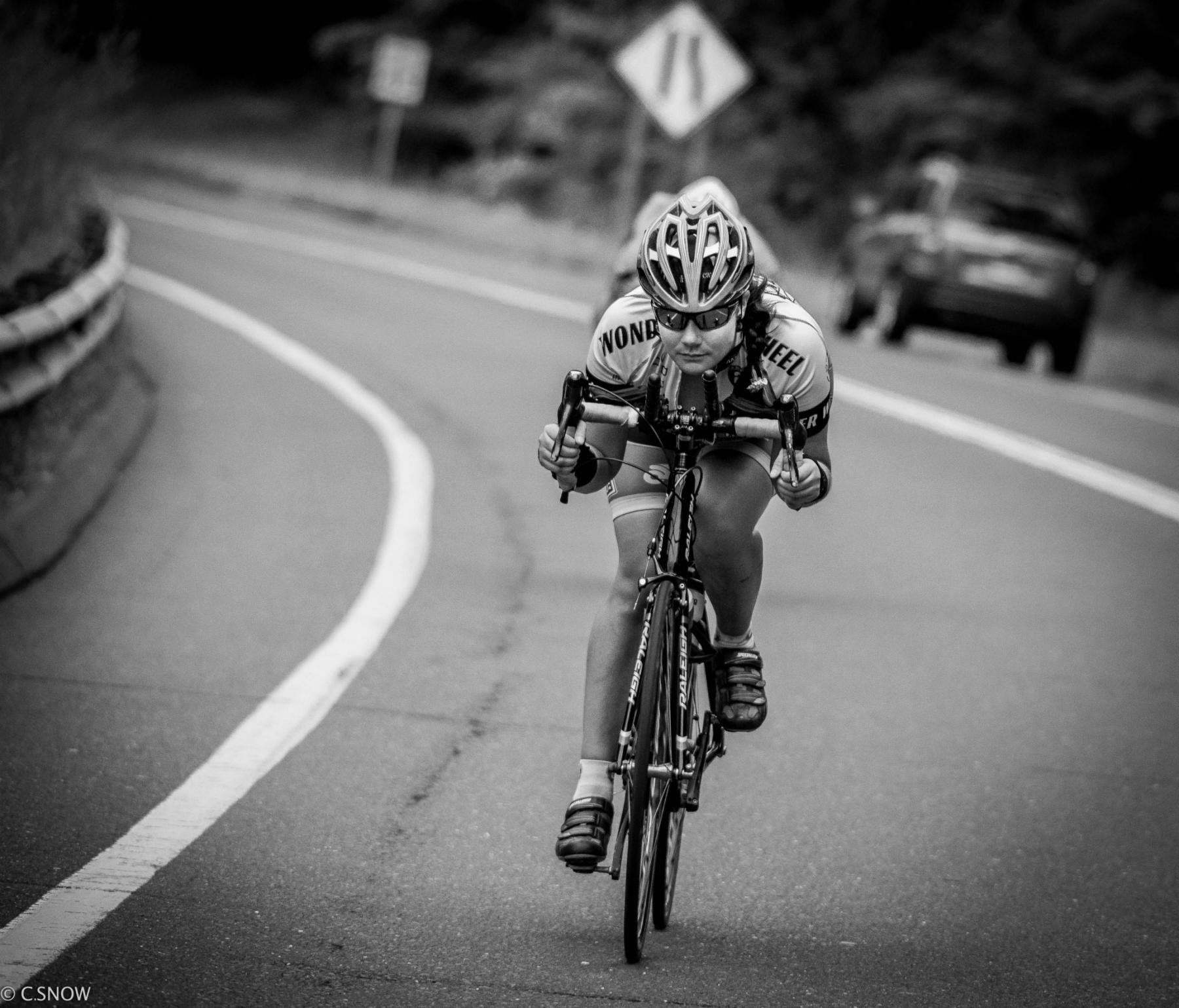 How will the device the students are creating improve your quality of life?  A few years ago I experienced my first "flare" and spent almost a full year bedridden because I was too ill to move.  As a result, I've gained a significant amount of weight which has, in turn, exacerbated a lot of my symptoms.  Being able to ride a bike on a regular basis will not only help me to become healthier physically, but it will also enable me to reconnect with the cycling community that I lost contact with during that year.

Any Words of Wisdom to our QL+ Students?  I joined the military because I believe in service to others.  As participants in this program, you obviously adhere to the same tenents.  Please don't allow negative influences in the world distract you from that.  Every good thing in my life started from someone reaching out a hand, and every amazing opportunity that I've had has been the result of me doing the same.  Look for helpers and you'll never be disenchanted.

If you were writing a book about yourself, what would the title be?  Losing My Way Home

The goal of our Challenger Salute is to honor the service and sacrifice our veterans and first responders have made for our country.  We are very grateful that our Challengers have agreed to participate in our program.  Their participation is helping us “build” better students.  They are providing our students with real-world experience and arming them with the tools they need to succeed once they graduate.