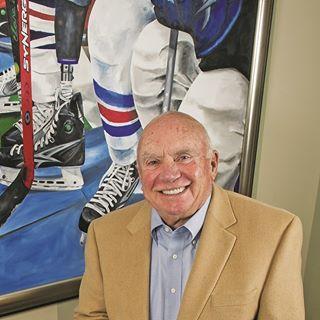 Jon Monett, the founder of QL+, is an Air Force Veteran. After his service to our country, he studied Engineering at California Polytechnic State University (Cal Poly). Soon after graduation, he joined the CIA and eventually rose through the ranks and became a senior executive. In 2008, he was inspired to establish QL+ after viewing the feature film, Fighting for Life, a documentary directed by Academy Award-winning director, Terry Sanders, and co-produced by Tammy Alvarez.

Fighting for Life is a powerful, sobering, and emotional documentary about American military medicine. It chronicles individual stories of service members as they rehabilitate from injuries sustained in combat. It follows 21-year-old Army Specialist Crystal Davis from Iraq to Germany to Walter Reed National Military Medical Center in Washington, D.C., as she overcomes the loss of her right leg.

For Mr. Monett, the film highlights the fact that today, fewer people are killed in war, but much more sustain life-altering injuries such as the loss of limbs. These wounded warriors need dedicated help to overcome the daily challenges of their life-altering disabilities. He was motivated to use his expertise and personal resources to develop solutions for these men and women.

Mr. Monett combined two of his lifelong passions in creating QL+: his professional dedication to creating engineering solutions that support US military and intelligence objectives and his commitment to supporting his alma mater, Cal Poly. The decision to start the QL+ Program at Cal Poly was an easy one, as it is recognized as one of the nation’s premier engineering universities.

Students in the QL+ Program, from multiple engineering disciplines, work under the guidance of experienced faculty members to design and develop innovations that improve the quality of life of those who have served our country.