A “wobble chair” is a postural control benchmark testing device used at Walter Reed National Military Medical Center (WRNMMC). The chair is designed to be unstable when sat on and is used to collect data on the ability of patients to balance themselves for short periods in an upright, sitting position. Measurement of the weight distribution while balancing tasks gives physical therapists the ability to detect deficiencies in postural control and create benchmarks for progress during rehabilitative services.

The chair in use at WRNMMC was bothersome to adjust and challenging to move. The goal of this project was to automate and streamline the adjustment process as well as fabricate newer, more durable components for the majority of the chair.

The team kept only the existing force measurement plate from the former device. They redesigned and manufactured a new and improved automated wobble chair from the ground up. 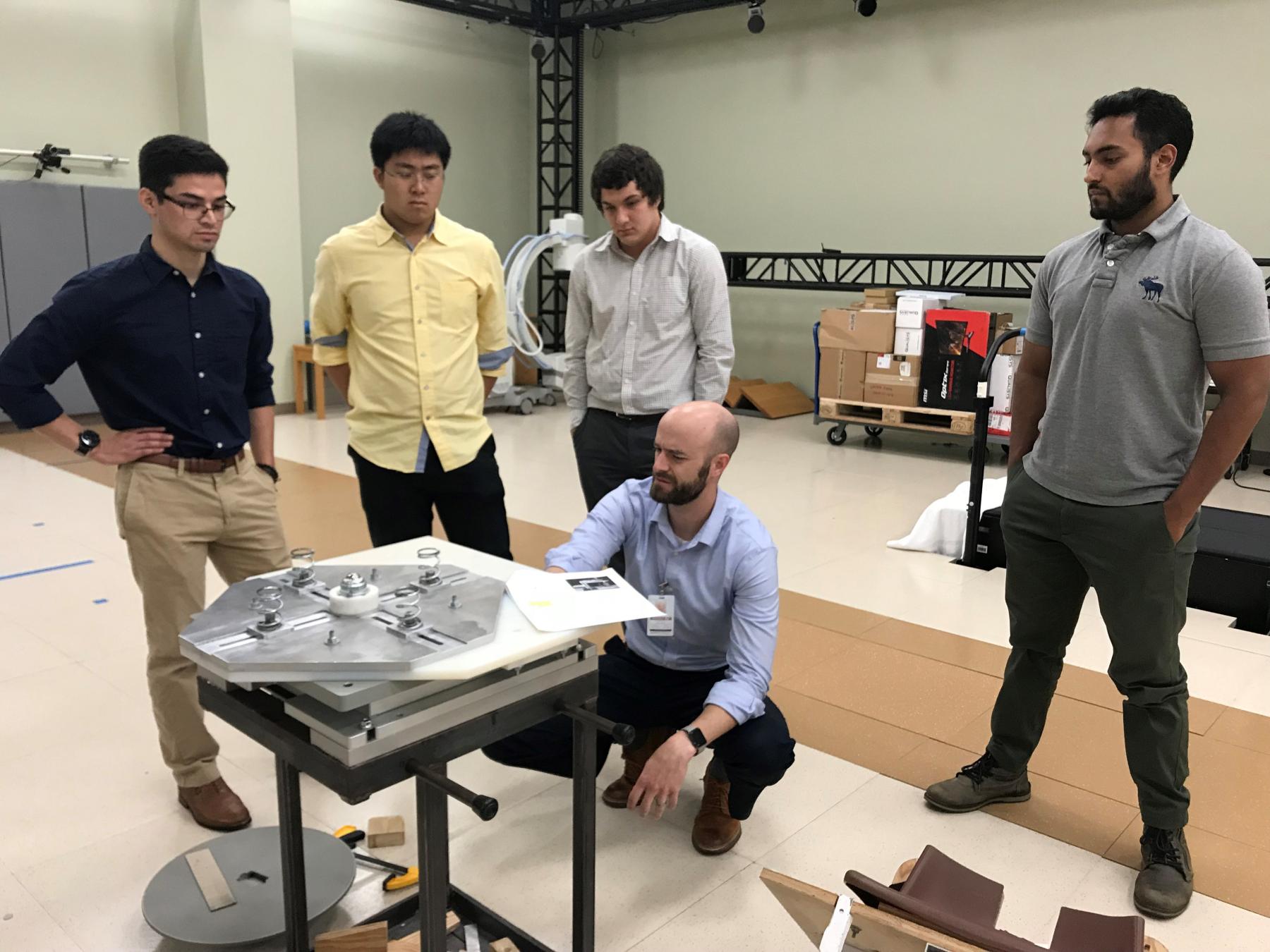 The engineers at WRNMMC provided a list of requirements that served as their primary objectives. The engineers requested that the chair require no external power source, take less than thirty seconds to readjust, have a weight limit of at least 275 pounds, be quiet enough to use in a hospital, and be able to be adjusted while the patient remained seated. Furthermore, the team was directed to incorporate the existing force plate and maintain the same spring stiffness so that the data collected remained compatible with the previous version of the chair. Additional objectives added during the design phase include: an emergency system shut off, button control box/screen for quality of life, increased portability.

The design process centered around the automation of the spring adjustment process. Automation would allow therapists at WRNMMC to modulate the difficulty of the balance tasks with the touch of a button. It began with three design variations that allowed for the repetitive linear motion: chain drive, gear motor, and linear ball screw actuators (LBSA). After careful consideration, the team agreed on utilizing LBSA’s for the final design because of their precision. From that point, the design process became a checklist for all the required deliverables leading into the final design.