My Blindness is My Motivator

Larry Gunter is an Air Force Veteran and QL+ Challenger. He is working with engineering students at Cal Poly and the University of Dayton to create a Treadmill Centering Device for blind runners. 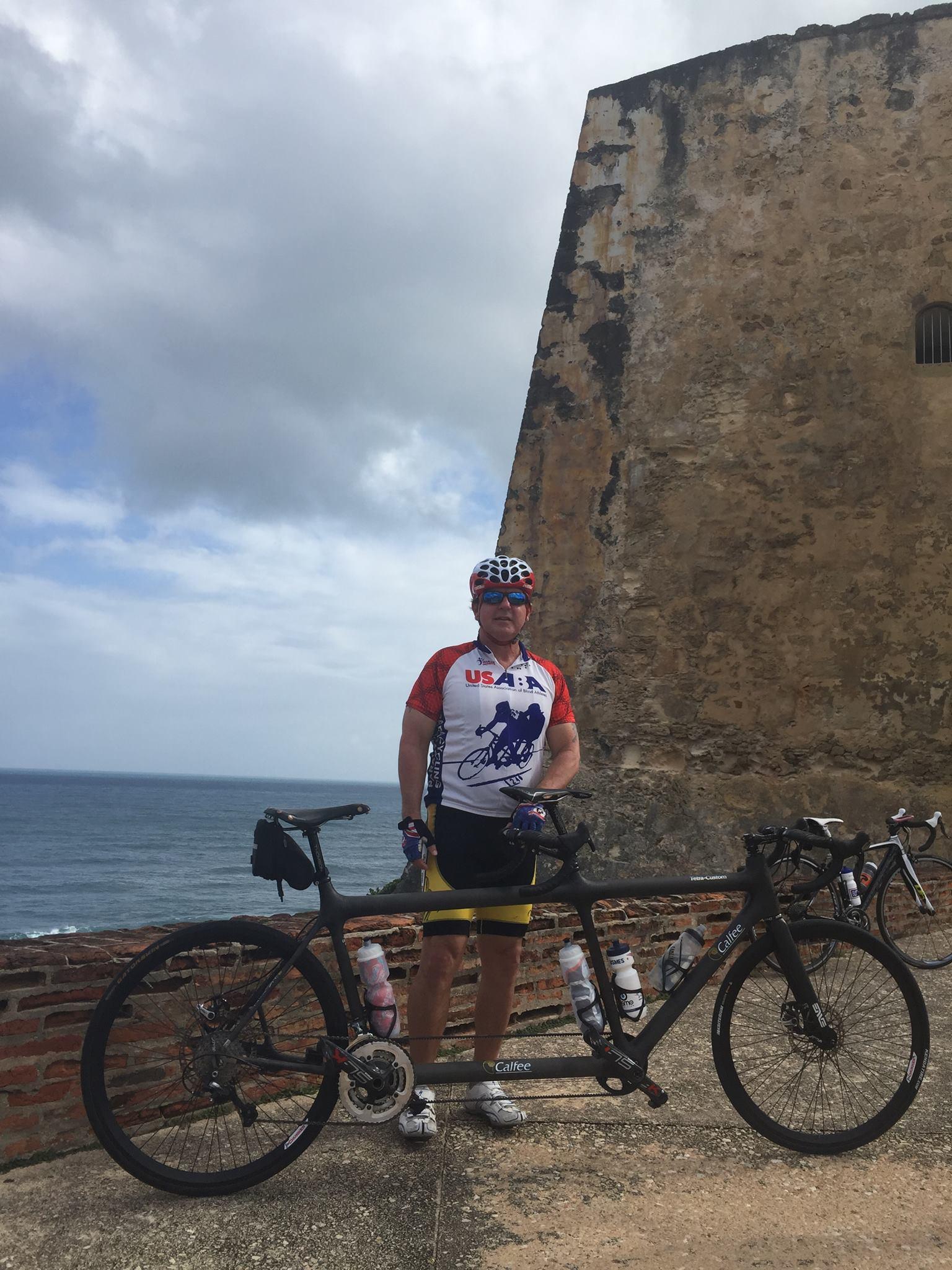 Larry was an Air Force Crew Chief on a C-130 Aircraft. While he was stationed in Japan, he was diagnosed with Retina Pigmentosa. Retina Pigmentosa (also known as “RP”) is a genetic disease that causes the degeneration of the retina. All at once, Larry lost his independence and his career. Adjusting to this dramatic life change was very difficult.

Instead of giving up hope, Larry used his blindness to challenge himself to try new things. He runs, cycles, swims, and rows. He also competes in Triathlons. Larry lives by these words of wisdom: have the desire to set a goal, the determination to pursue the goal, and the dedication to achieve the goal.

Larry and QL+ engineering students are collaborating on a device that will allow him to run on a treadmill independently and safely. The device must be lightweight because he needs to carry it in his backpack. It must be universal--not tailored to a specific treadmill. Lastly, the device must allow him to run using his full range of motion. Currently, Larry runs on the treadmill at his local YMCA but must hold onto it while running. This is uncomfortable and diminishes his enjoyment of the sport.

Larry has come a long way since his diagnosis. He states, “My blindness causes me to have limitations. I’ve learned how to live with those limitations and overcome them, but I haven’t done it on my own. So many people have helped me along this journey. The QL+ student engineers are now in this special group of amazing people. The work they are doing is life-changing. They are taking this seriously and putting their hearts into it. It shows.”

Larry hopes this device will encourage other blind people to be more physically active.