The objective of this Challenge was to design a cooling vest for the Challenger, Will Rolfe.  Will lives in Maine and is a veteran of the United States Air Force.  He has been diagnosed with multiple sclerosis (MS), which is a disease that affects the nervous system and can prevent the brain from receiving and transmitting information.  For example, Will’s body struggles to send the necessary information in order to cool himself down.  To counter this, Will has been using his old military plate carrier with large ice packs inserted into it.  The main problem with this setup is that Will must wear the bulky vest outside in the public eye.  He wanted a vest that not only has a thinner profile, but also provides the necessary cooling capabilities. 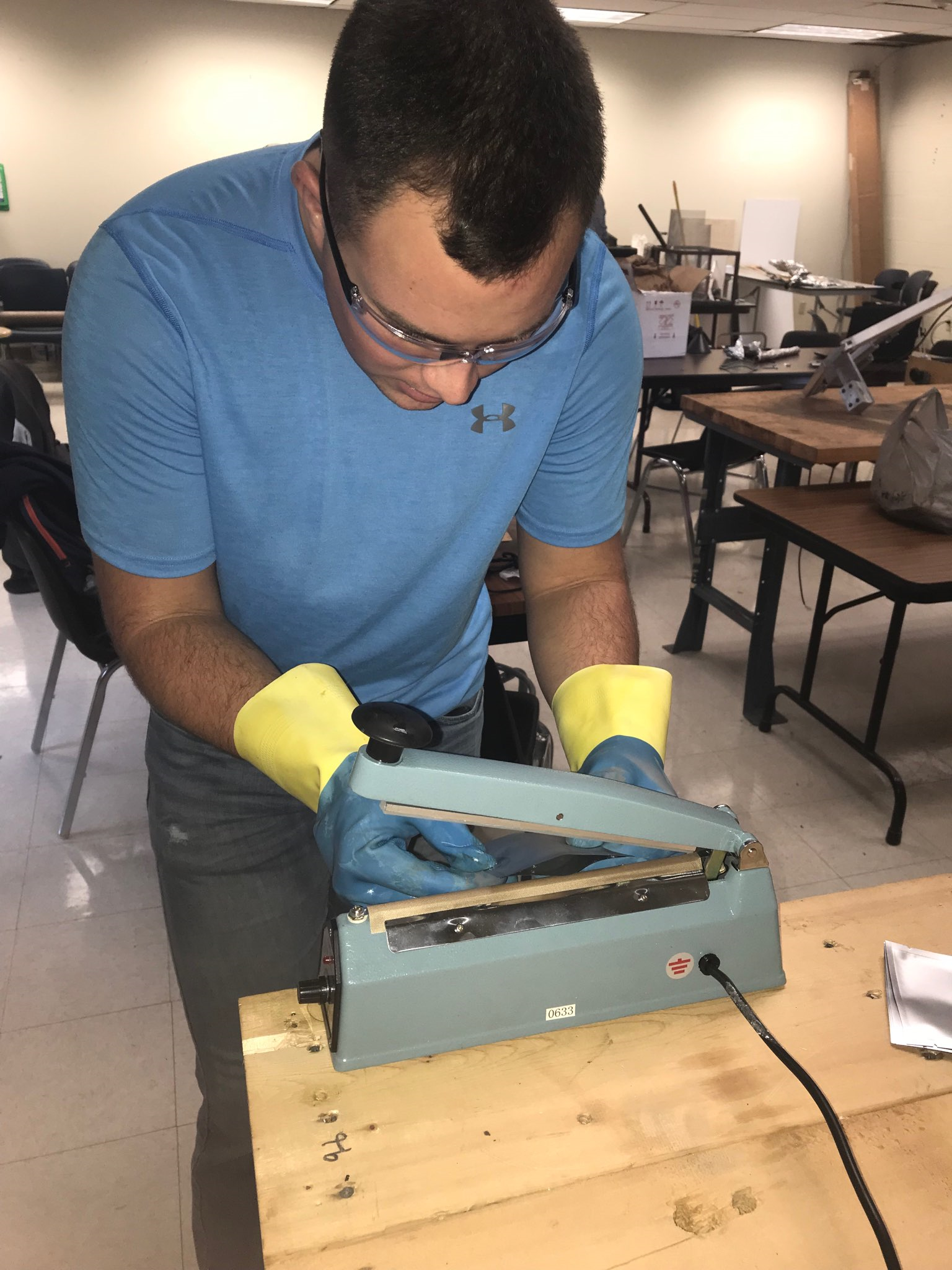 The team spent approximately three weeks brainstorming and determining the route for the launch of the prototype.  Initial concepts involved piping systems and Sterling engines that Will would be wearing in an integral design.  However, the team determined that the bulk and flexibility of the design would be compromised if any of these routes were pursued.  Many cooling vest manufacturers are able to provide flexibility in their designs by using phase-changing gel to provide the cooling sensation.  The team pursued this route as well.

Contact was made with Dr. Angela Hillman and Dr. Davide Filingeri, both experienced in human thermoregulation, and insight was provided on many team concepts, including the gel concept.  For example, the team learned that humans experience the cold as being wet and there isn’t such a thing as a cooling sensation. 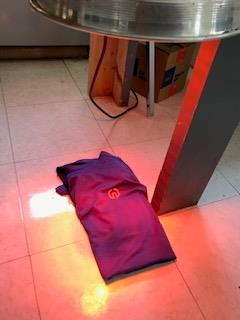 Three cooling gels were analyzed, which include Koolit, Glacier Ice, and ULINE. Radiative heat tests were conducted on all three types of gels with the same initial conditions. Those conditions include a failure point at 72 °F and a starting point of 98.6°F. The Koolit gel exhibited the most desirable characteristics in terms of cooling time. The Koolit gel outlasted the other two gels repeatedly and with a less gradual rise to room temperature. Tests were conducted in mylar bags and polyester fabric.

After the gel was chosen, it was determined that the mylar bags would not be suitable for the final prototype. After thermal cycling, the bags exhibited cracking and wear. Plastic food quality bags were instead substituted since they are purpose-built for thermal cycling. No cracking or wear was visible with these bags. In order to determine the final volume of the bags, a line of best fit was calibrated by testing three different volumes, which were ½ cup, ¾ cup, 1 cup, three different times. The line of best fit was used to predict the final volume of 1.38 cups. This volume was tested with the heat lamp and lasted ~4 hours and aligned with predicted outcomes. 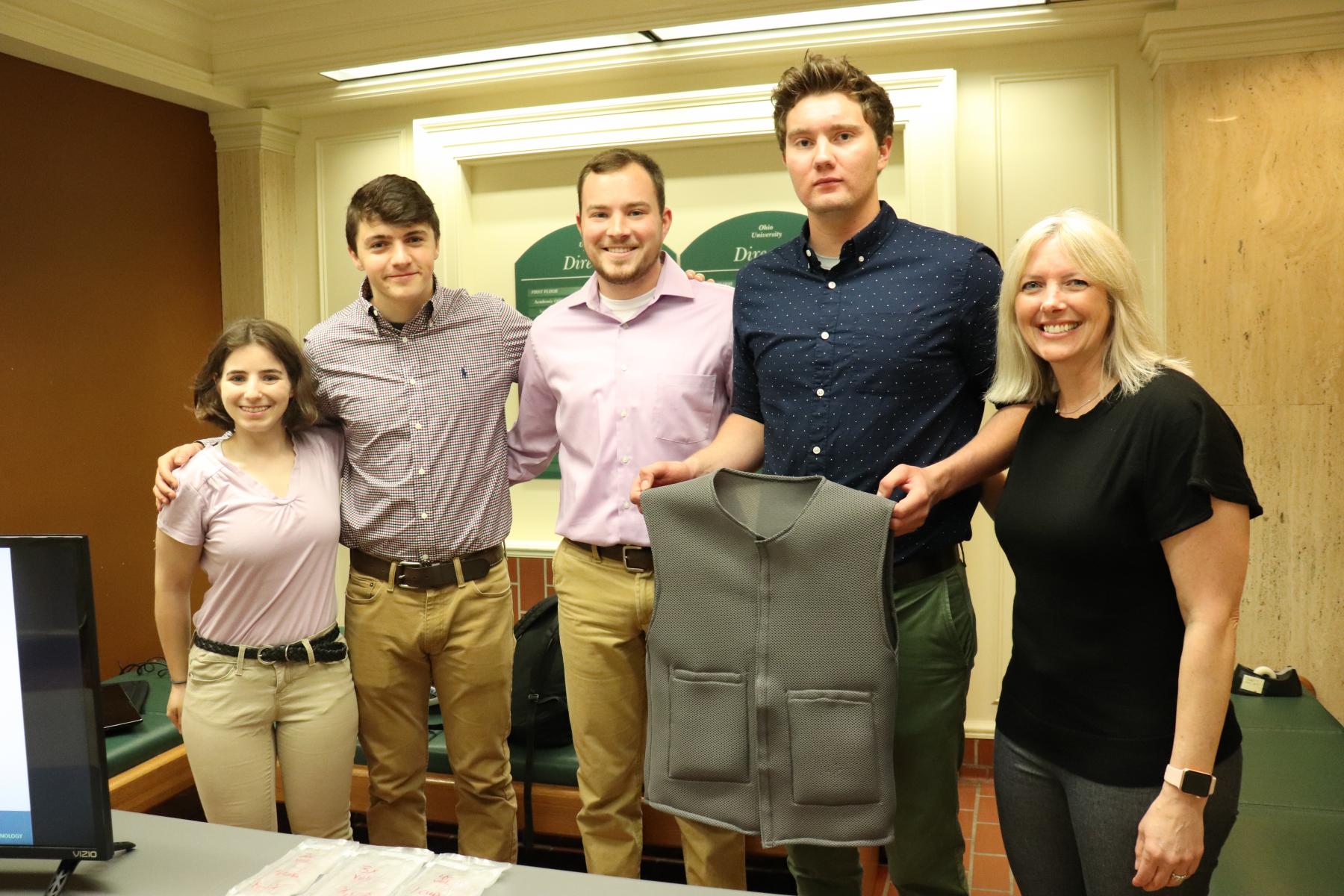 Conduction tests were performed with temperatures of up to 100°F and the bags exhibited cooling times of up to 6 hours.  The fabric used for the prototype and conduction tests was Rockywoods 3.0 mm Cooling Spacer Mesh. The beads contained within the fabric would benefit the end-user by helping to maintain the temperature of the cooling gel.

From our Challenger, Will Rolfe:  The cooling vest has honestly been life changing for me!  I have been able to do so much this summer that I previously would not have been able too. Additionally, I am able to wear it under a shirt and no one even notices that I am wearing it.  I would like to thank you, the students, and everyone who worked on getting me this cooling vest.