QL+ Challenger and Veteran, Jason Ross is a double-amputee who needed a machine built to assist him in the transition between his wheelchair and ice hockey sled.

Jason is a Marine Explosive Ordnance Device Specialist who lost both his legs to an improvised explosive device on his second tour in Afghanistan. Jason has undergone multiple corrective surgeries (over 200) and still has an open wound on the underside of his pelvis.

Jason continues to pursue an active lifestyle in which he regularly plays ice hockey. When playing ice hockey, Jason is loaded on an ice hockey sled that allows him to move around the rink.  More specifically, Jason would often be loaded from his wheelchair to his sled with the help of his father and an additional person.  Unfortunately, manually loading Jason onto his sled has become too strenuous for his father’s back and also has begun to hurt Jason in the process. 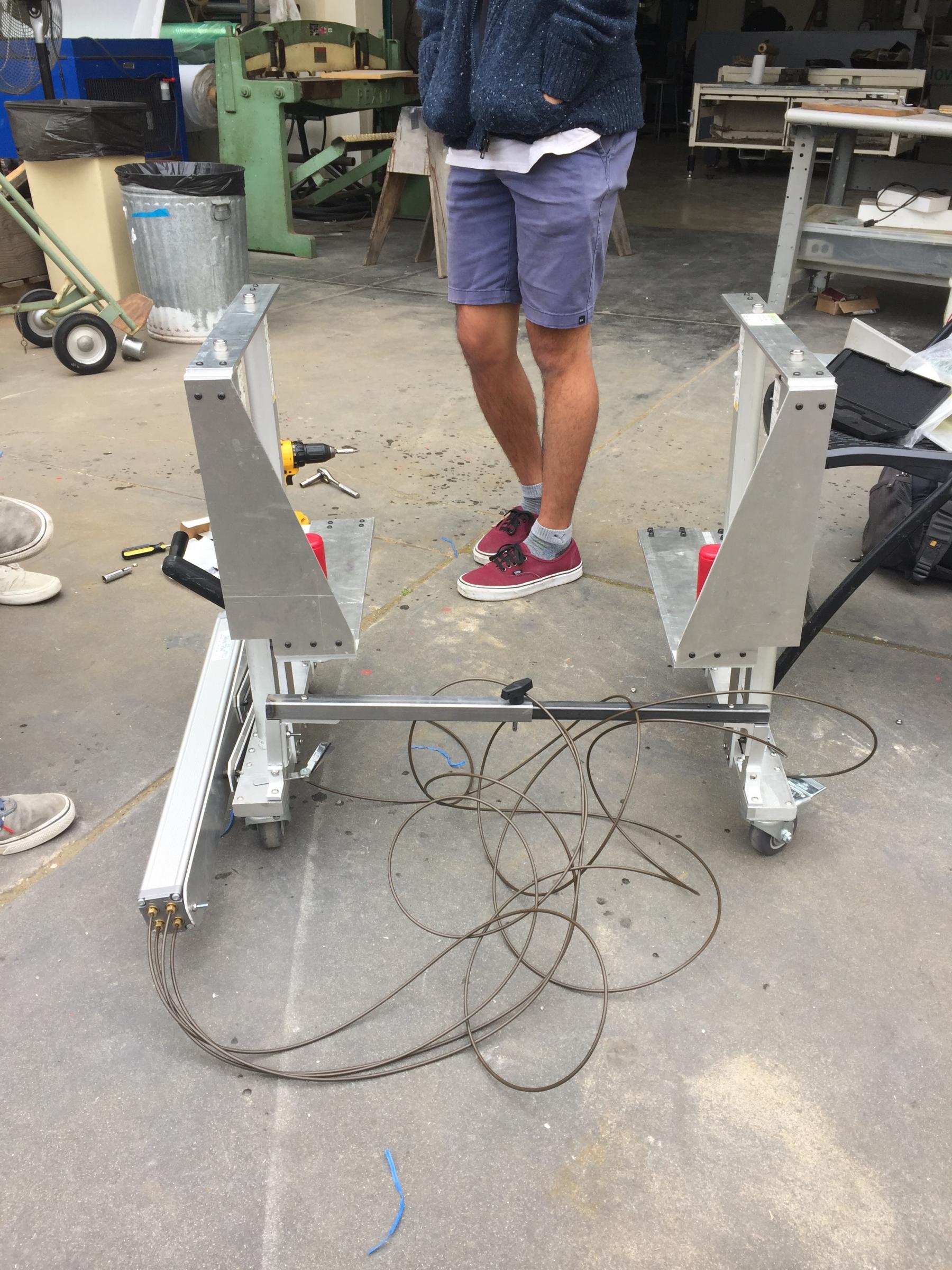 Jason requires a machine to assist him in the transition between his wheelchair and ice hockey sled. This way, Jason can easily and more safely be lifted from his wheelchair to his sled.  The system must fit in Jason’s van, be light enough that one person can lift and set it up, take no more than two minutes to transport Jason, and remain static while under heavy load in every position of the transportation process.

The design process began with proposing four different designs that would be able to transfer Jason from his wheelchair to his ice hockey sled. After extensive trade studies on material selection, safety, ease of use, and Jason’s personal opinion, it was decided that the hydraulic design would be used for the transfer device. 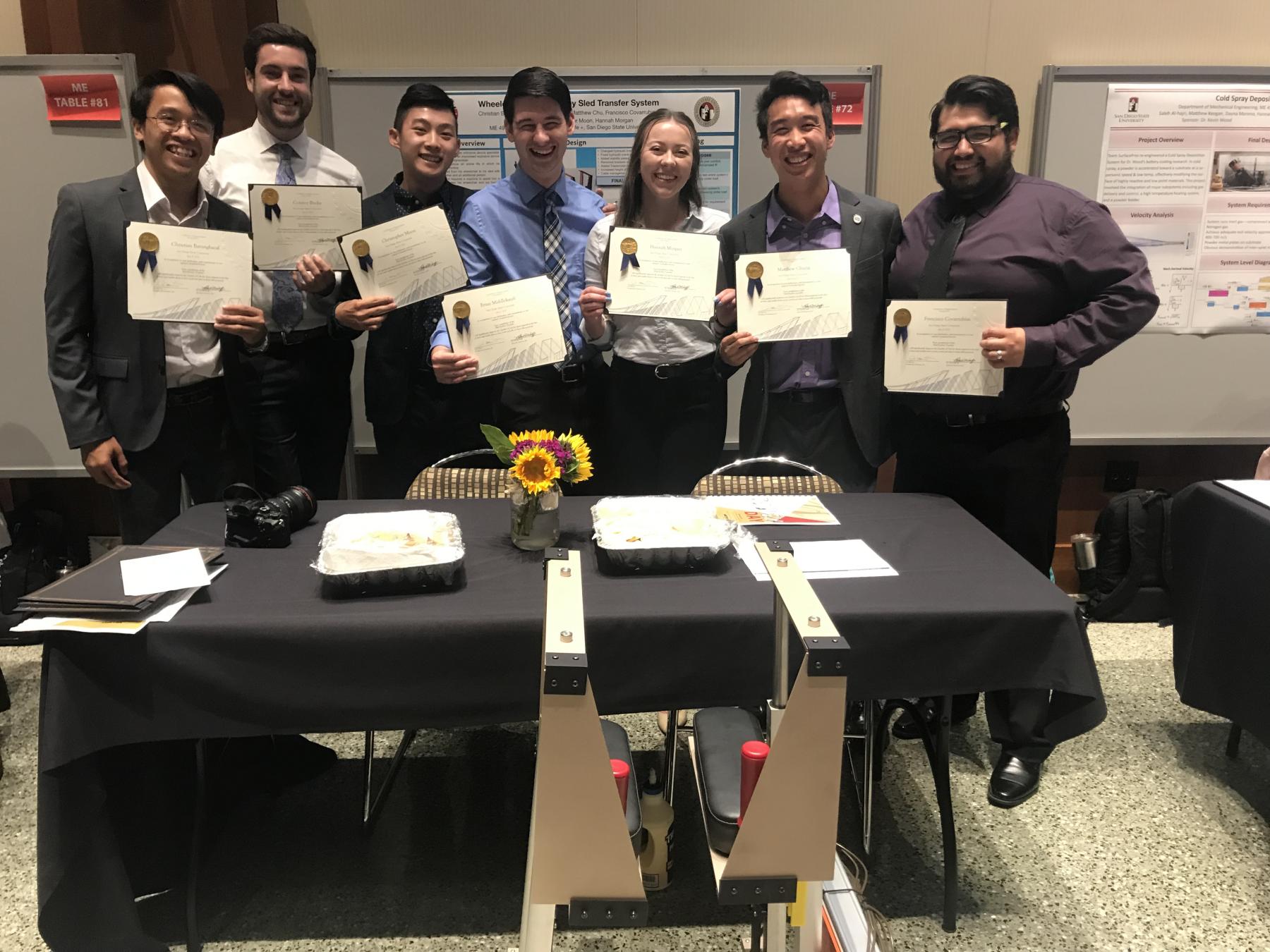 A hydraulic cylinder system powered by a hand crank is the solution the group has chosen to meet the system requirements and to mitigate the risk.  The system was manufactured in SDSU’s machine shop using mills, a lathe, a band saw, grinders, and a variety of hand tools.

Once the manufacturing and assembly were completed, the team thoroughly tested the system to ensure that all design requirements were met.  Several strength, size, weight, and mobility tests were performed to guarantee a high level of safety, functionality, and satisfaction from the user.  After testing, the system was anodized and finished with  Jason’s team colors.