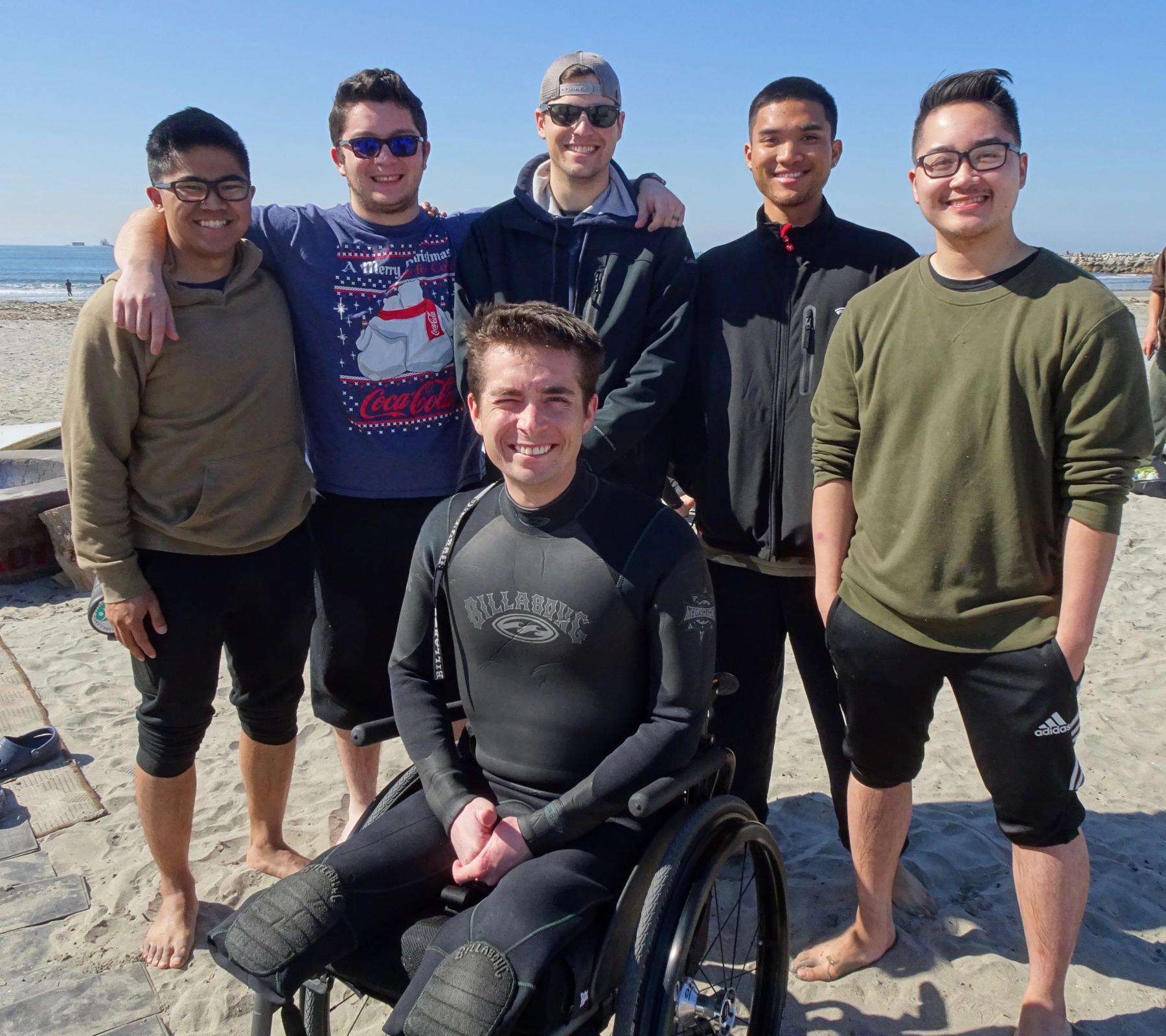 QL+ engineering students from San Diego State University were challenged to design and build a device to help a veteran, who lost both legs after stepping on an improvised explosive device (IED), turn and control a surfboard.

The team connected with Jordan Sisco, a veteran Army sergeant with the 123rd Infantry Battalion.  In 2012, while on foot patrol in Kandahar, Afghanistan, Jordan stepped on an IED and lost both legs and his left thumb. Surfing is one of Jordan’s favorite pastimes and has been a great outlet for him since the incident.

The team made friends with members in the adaptive surfing community and learned about different approaches to unique adaptive surfing styles. With this knowledge, the team collaborated with Degree 33 Surfboards to get Jordan a custom surfboard. Jordan’s board was completed with a handle, a large traction pad, and is shaped to taper significantly towards the back. The result is a board that Jordan can take to higher levels of performance while also being more comfortable and maneuverable. 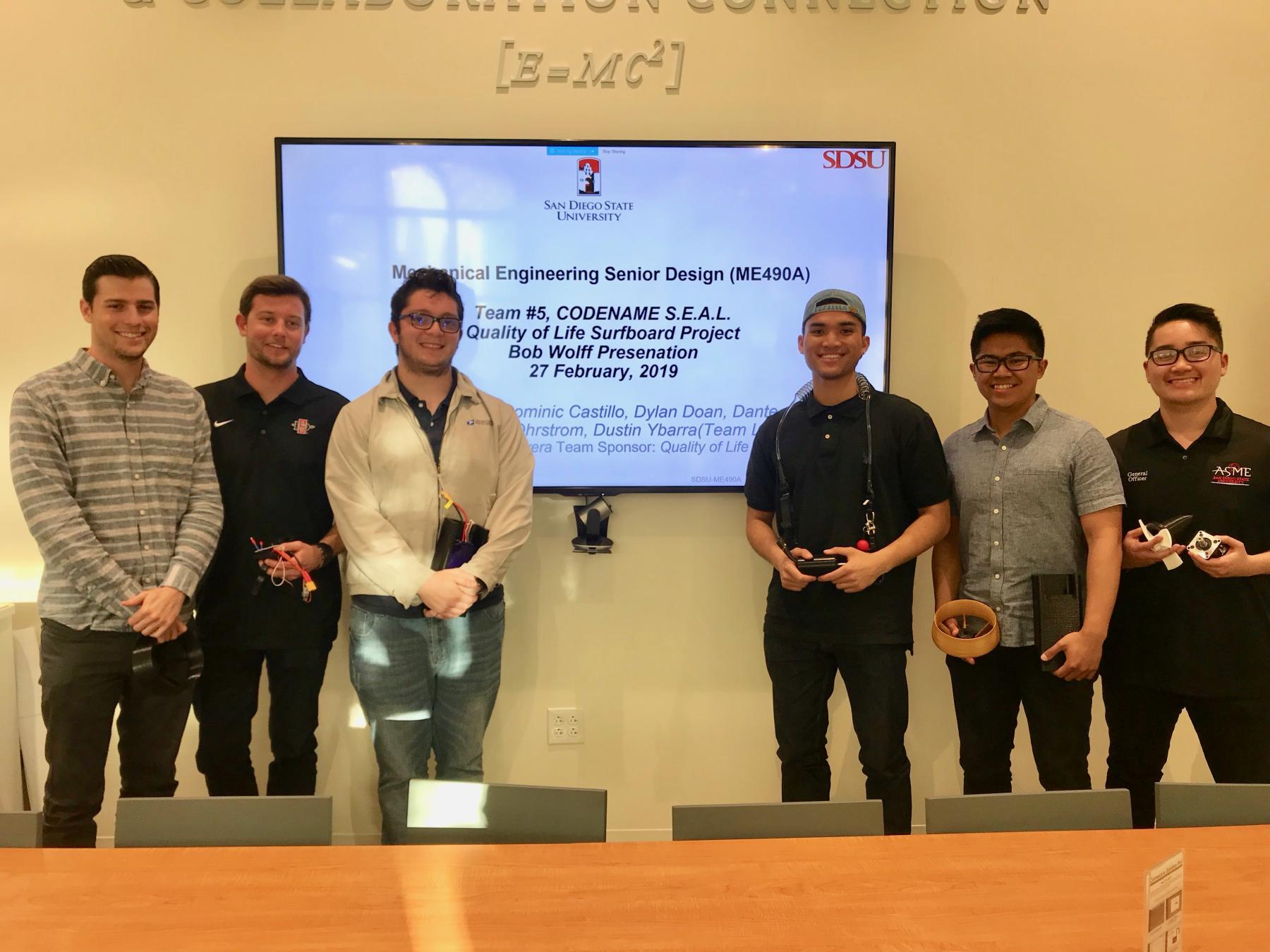 In addition to Jordan’s custom surfboard, the team also prototyped a surfboard propulsion system. The goal was to create a device that would benefit the adaptive prone surfing community. The device is intended to increase adaptive prone surfers’ independence in the water, enabling them to catch waves while mitigating the challenges of paddling. The prototype system consists of two propulsion units, one on each side of a foam longboard. The system was designed to be attached only in times of use. Propulsion is made possible by electric motors housed in each unit and controlled by the surfer via throttles toward the front of the surfboard.