Sean Liston is in his fifth year at California Polytechnic State University and is scheduled to graduate in 2019.  He is majoring in Mechanical Engineering and minoring in Spanish.  Sean and his teammates are working on the "Single Arm Recumbent Hand Cycle Challenge."  Up until now, there have been no bikes to accommodate triple amputees who want to cycle without the use of prostheses.  Nick Kimmel, a Marine Veteran, is in search of just that, so he can participate in a bike ride for charity from Seattle, Washington to Boulder, Colorado.  Nick purchased a handcycle, but since it requires two arms to operate, Nick is not able to keep the steering stable while cranking to propel the bike. In fact, his propulsion causes the bike to steer back and forth and he is unable to ride safely.

Why did you choose your major?

I chose Mechanical Engineering because I was always curious about the way the world worked and how humans constructed such complex devices that seem so common to us now. I want to add to that cause and design systems that will one day be common. 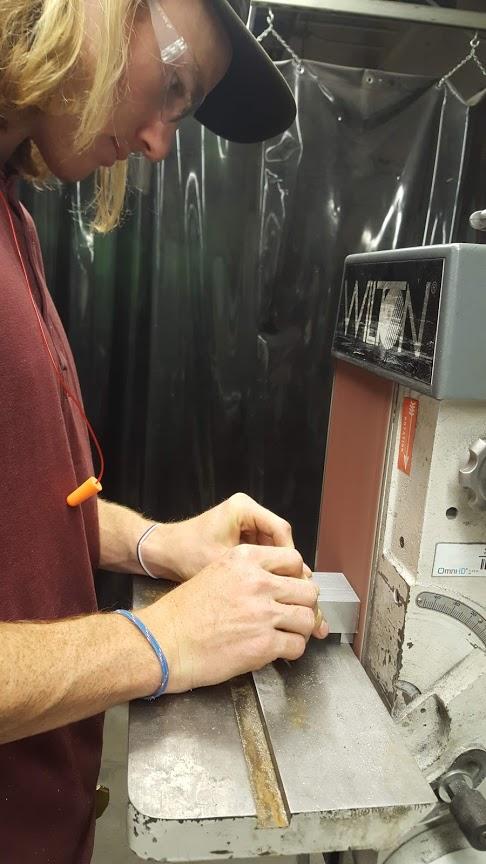 Describe your experience working with QL+ so far.  What is the biggest challenge?  What has been rewarding?

QL+ has been very accommodating, giving us the freedom to explore any designs we choose and the backing to further pursue them. The biggest challenge for our group was a major redesign at the end of this project as a result of Nick physically testing a functional prototype and still feeling limited by the design. We were able to take Nick's feedback and pivot our focus to design a system that would better suit him on his journey. It has been great to work with Nick and know that he will be able to do something after this project that he couldn’t before.

What would you say to other students about QL+?

QL+ is a great way to get engineering design experience while in college.  It looks great on a resume and it is easy to motivate yourself to work since you know this product is going to a real human being.

What are your plans after graduation?

I will continue working my current job in SLO, transitioning to full time, before taking some time to go abroad.

What has been the proudest moment of your college career?

Honestly, securing an internship was a great feeling for me. It showed all my hard work in college had paid off and I would finally be able to apply my knowledge.

What three words best describe you?