QL+ engineering students from the University of Dayton designed and built a Treadmill Centering Device for blind Air Force Veteran, Larry Gunter.  While Larry was serving in the Air Force, he was diagnosed with Retina Pigmentosa, a genetic disease that causes the degeneration of the retina. This degeneration ultimately causes blindness.  Despite being blind, Larry is very active.  He cycles, runs, swims, and rows.  In June, he hiked the Appalachian Trail. 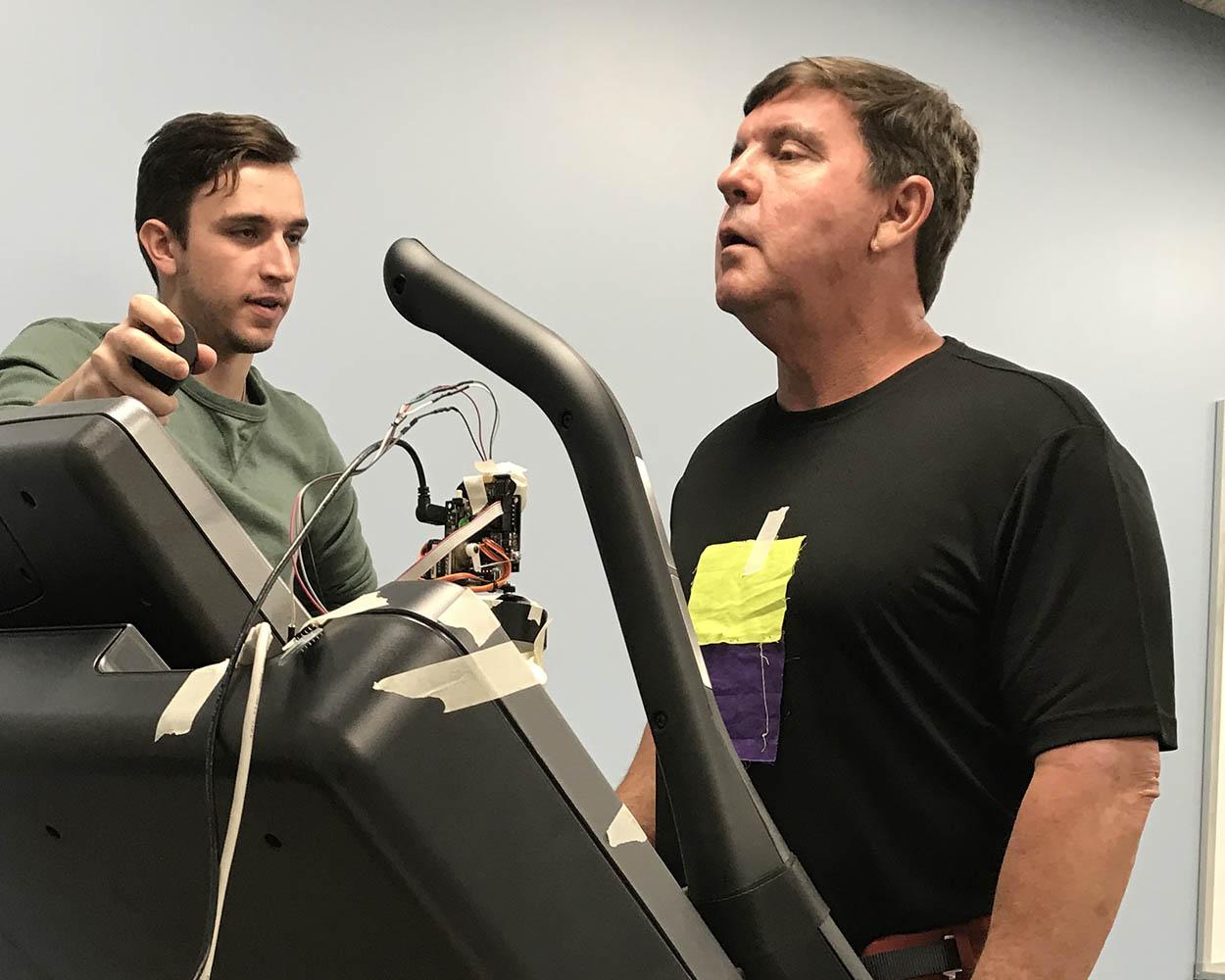 The final design produced by the team used a Pixy camera to track the runner along with a harness for redundancy since the team assumed that it might take time for the runner to adjust to a system that did not provide any physical presence.  The harness has an important feature that the team incorporated into an existing product. Vibration sensors and the appropriate electronics will be attached to the harness to provide feedback to the runner. Once the sensors detect a change in the runner’s direction, the software will send signals to the sensors on the belt triggering the sensors and informing the runner about their changing positions.

Since the Pixy design works to track the position of the runner and is capable of producing an output to alert the runner if the runner’s position leaves a safe range, the Pixy design meets the requirements the team set for the project.  The Pixy camera has some difficulty consistently tracking an object distance due to noise in the images. The team’s solution is to incorporate a single ultrasonic sensor that is attached to the Pixy camera. This would track the z-axis distance of the runner far more accurately.

The Pixy meets the functional requirements for the project, and it can be transported to and from the facility used by the runner in a backpack.  The housing for the Pixy and its pan/tilt mechanism will be built into a housing that will fit universally in treadmill water bottle holders. The standard diameter of a water bottle holder is approximately 2.5 inches.

Thank you for your hard work and improving Larry's quality of life!