This QL+ Challenge was to develop a knee brace for our Challenger, a Veteran Army Paratrooper.  He suffered soft tissue damage after a parachute malfunction, resulting in bone spurs, arthritis, and meniscus injuries.  He wanted a brace that doesn't slip during activity.  The team’s objective was to develop a brace that he can use during daily activities, including sled hockey. 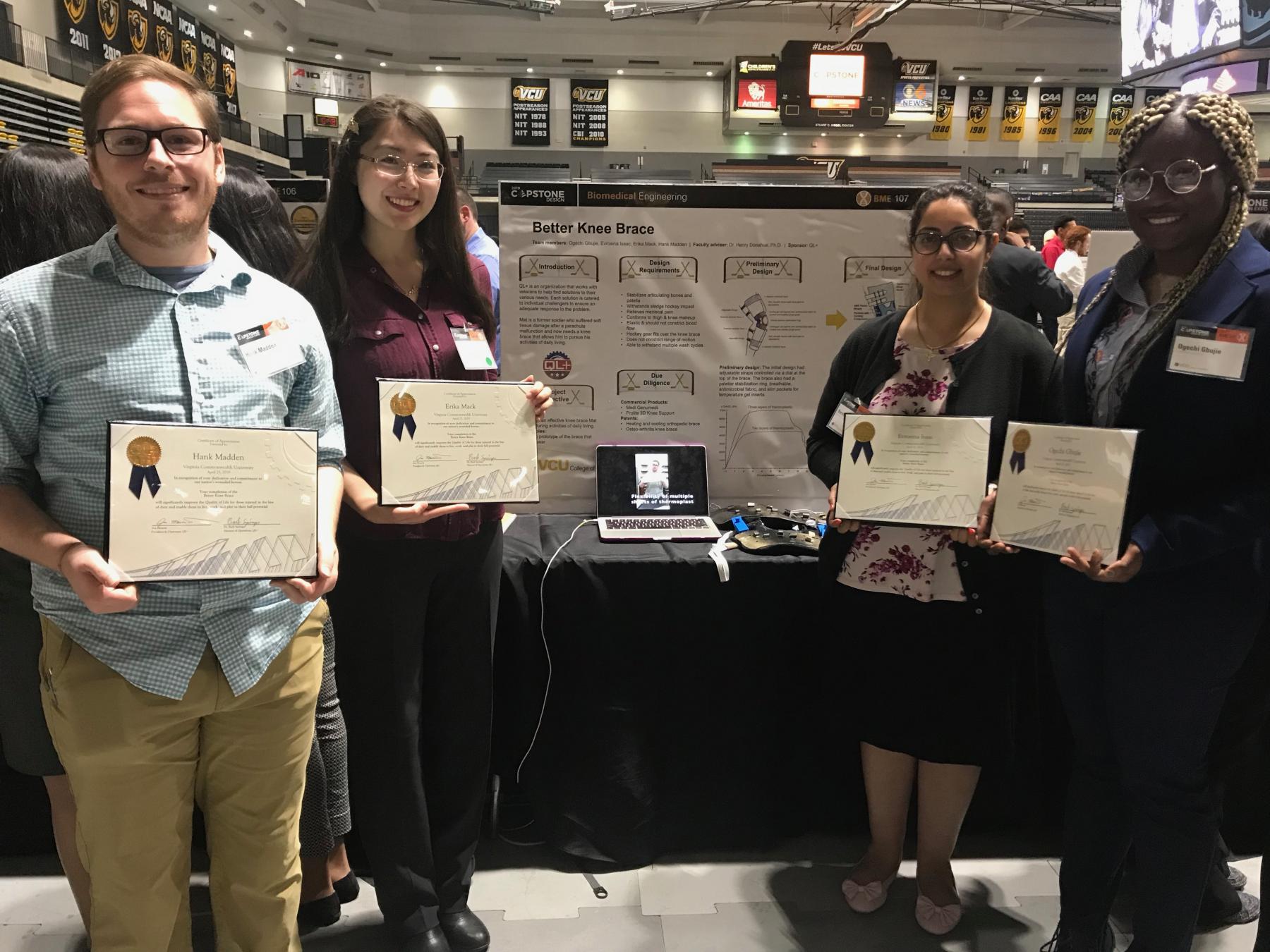 To create this brace, the team had to consider the following requirements: stabilization of articulating bones and patella; conformation to his musculature; and, impact durability.  To determine what direction they would take, the team looked at various products and patents, including the Challenger's current brace, and braces designed for knee surgery recovery. Patents that incorporated vibration, temperature changes, and arthritis relief were also investigated.

The team's design is an amalgam brace, which is a combination of design ideas.  The amalgam brace has a cooling component, a patellar stabilization component, and a belt-style tightening system to prevent slippage.  Material tensile testing was performed on thermoplastic material used for the chassis of the brace: one layer, two layers, and three layers of the thermoplastic. According to results, the three specimens were able to withstand forces approximately 200N, 450N, and 700N respectively.  The two and three-layer materials were sufficient for the load the knee brace is meant to withstand, but the three-layer design would hinder movement. The team decided that by sacrificing durability for flexibility and comfort, our Challenger would have a more efficient and better functioning brace to assist in rehabilitation.