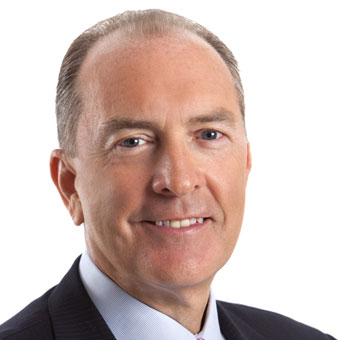 Chuck Harrington is the Chairman, Chief Executive Officer, and President of Centreville, Virginia-based Parsons Corporation, a digitally enabled solutions provider in the defense, intelligence and critical infrastructure markets with annual revenues of $4.0 billion.

Chuck joined Parsons in 1982 as an engineer performing technical and later project management duties on classified projects for the U.S. Departments of Energy and Defense. Chuck progressed into business development and sales to federal government organizations. He later became Vice President and Program Manager of a multibillion-dollar engineering project with the U.S. Department of Energy’s Savannah River Site. Before his appointment in 2006 to the position of Executive Vice President, Chief Financial Officer, and Treasurer, he was the founding President of Parsons Commercial Technology Group—one of Parsons’ global business units—and led Parsons into the biotechnology, semiconductor, and wireless communications markets. In 2008, Chuck became CEO and then Chairman. He was named President of the corporation in 2009.

Chuck graduated with honors from California Polytechnic State University, San Luis Obispo with a bachelor’s degree in engineering. He then graduated with honors from the Anderson School of Management at the University of California, Los Angeles (UCLA), with a master’s degree in business administration with concentrations in finance and marketing. Chuck also attended the Advanced Management Program at the Fuqua School of Business at Duke University. He received an honorary Doctorate degree from California Polytechnic San Luis Obispo for accomplishments in the field of engineering.

Chuck received a 2015 Industry Recognition Award by the New York Building Congress and served on the U.S. President’s Council for Modernizing Government. He is a frequent speaker and author of articles on leadership, integrity in the workplace, artificial intelligence, IoT and autonomous systems as they relate to national defense and security and critical infrastructure.