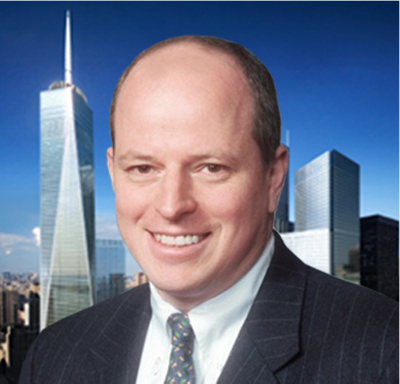 John Gerber has over 28 years of real estate experience where he served as the President of West Group, LLC, Chairman and CEO of W-G Capital, and Managing Member of Four Points, LLC (f/k/a West Group Development Company LLC). Mr. Gerber also worked as Advisor to the Chairman/President (Gerald Halpin, W-G Capital’s Honorary Chairman) for more than ten years at West*Group Properties/Management, which was one of the region’s strongest and oldest real estate investment companies. While there, he was Executive Vice President of the $1 Billion Northern Virginia/Tysons Corner portfolio which included 42 buildings / 5.5 million SF of Office, Flex, and Data Center space, as well as more than 3.6 million SF of residential and office development rights. Among other activities, he helped developed the strategy to increase the development rights to 12.5 million SF of mixed-use space as well as the disposition strategy for the portfolio.

Mr. Gerber also worked as a Senior Development Advisor to Silverstein Properties on the development of the $7 billion, 10 million SF World Trade Center redevelopment project in New York City. In addition, Mr. Gerber was Interim President of the Pennsylvania Station Redevelopment Corporation (part of the Empire State Development Corporation of the State of New York) and was responsible for the development and financing of the $800 million expansion of Moynihan Station, the largest transportation facility in the United States. Prior to this work, Mr. Gerber was an Associate Partner at Skidmore, Owings, and Merrill LLP in New York and was responsible for the strategic planning, design, engineering, and project management of over $15 billion of commercial, mixed-use, and transportation developments in Europe, the Middle East and Asia.

Mr. Gerber serves on the Board of Directors of several technology companies including Nephromics LLC and Aggamin Pharmaceuticals LLC (biotechnology), as well as Atomera Inc. (semiconductors) as its Chairman. His not-for-profit Board membership has included, among others, the Grand Teton National Park Foundation and Saint Albans School, where he served as Vice-Chairman and Chairman respectively. He is currently a Trustee of the Protestant Episcopal Cathedral Foundation.