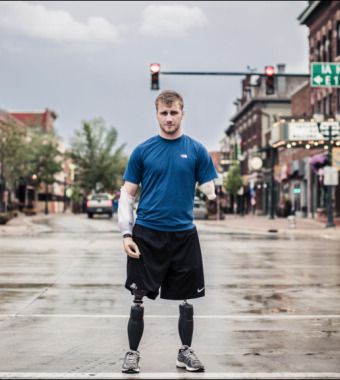 Taylor Morris is a veteran and Purple Heart recipient who served in the United States Navy as an Explosive Ordinance Disposal Technician with expertise in high explosives, underwater diving, parachuting, and tactical combat.

In the winter of 2012, during his first tour of duty, Taylor was deployed to a remote region of Afghanistan, in the Kandahar Province. In May of 2012, he stepped on an Improvised Explosive Device, losing parts of all four limbs.

Taylor was determined to learn to adapt to his new normal. He learned how to walk, run, snowboard, cook, and drive a car, in less than a year from the day of the catastrophic event that changed his life. He lives the central theme of his Navy training, “Constantly Improve Your Situation.”